Posted by Linda quilter at 1:22 PM No comments:

Sometimes all you need to fuel your creative abilities is look around you.  I took this picture a few days ago.  I was headed to Lake Geneva from my house and when I got to the end of my drive and looked across the highway, this is what I saw.  It made me want to transfer some of this to cloth.  Whether it be just the colors or the actual trees, I  haven't decided  yet but I am going to print this picture and use it's inspiration in a future quilt.  Just look around you.  You may be missing something wonderful. 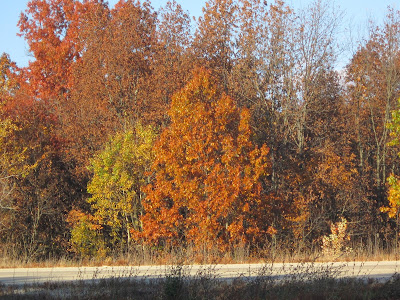 Posted by Linda quilter at 10:39 AM No comments:

This year, our annual retreat was held at Center Valley Center near West Bend, WI.  If you have a group that likes to get together this is a lovely place about six miles from West Bend.  They have beautiful sleeping rooms and the grounds are well maintained.  They have hiking trails and a small beach where you can paddle boat or swim.  The meals were delicious to say the least.

As usual, we enjoyed each other's company and encouragement as we worked on our individual projects.  I am posting some pictures of the grounds and of some of the beautiful show and tell items that the participants brought or were working on during the retreat. 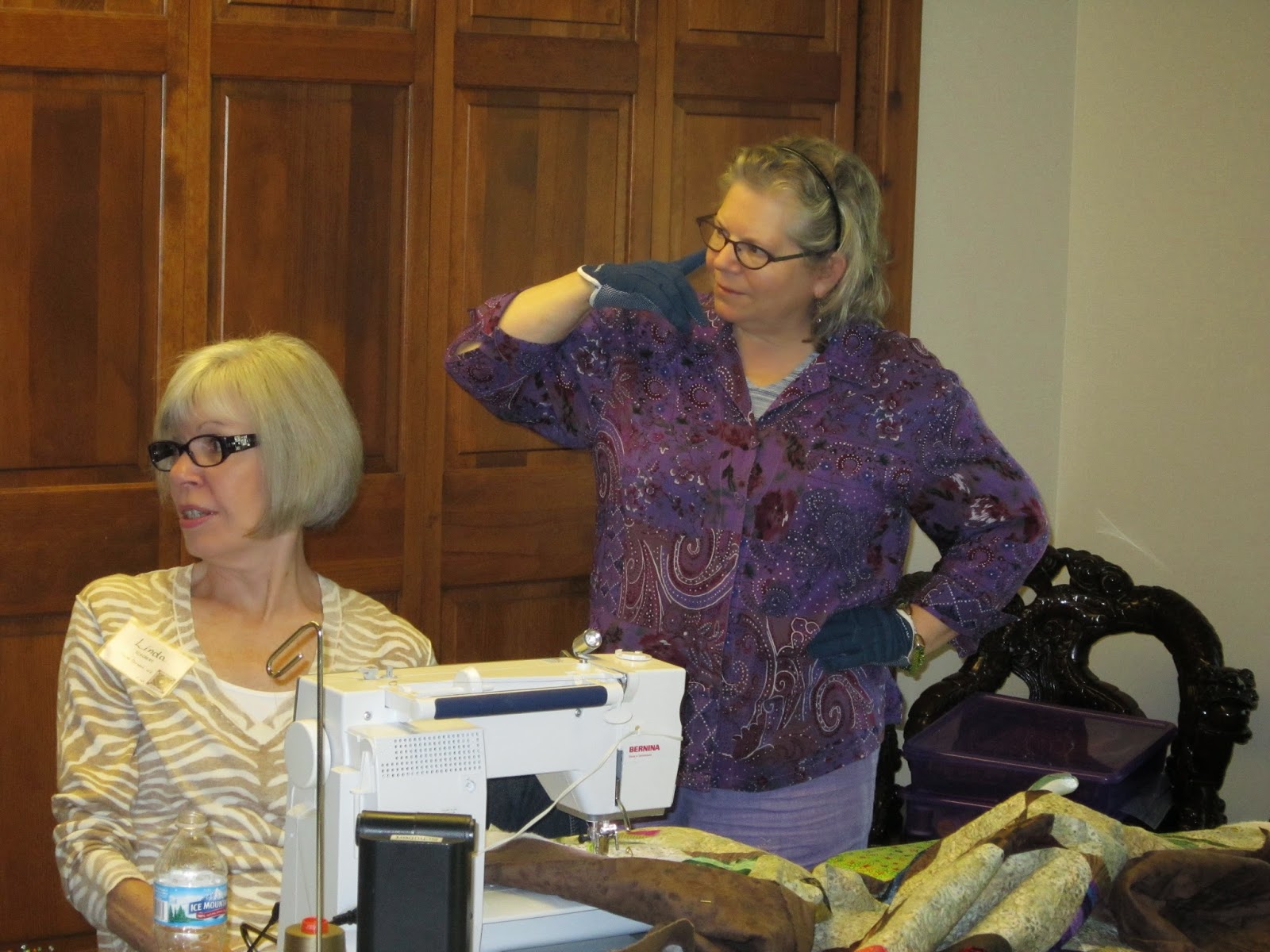 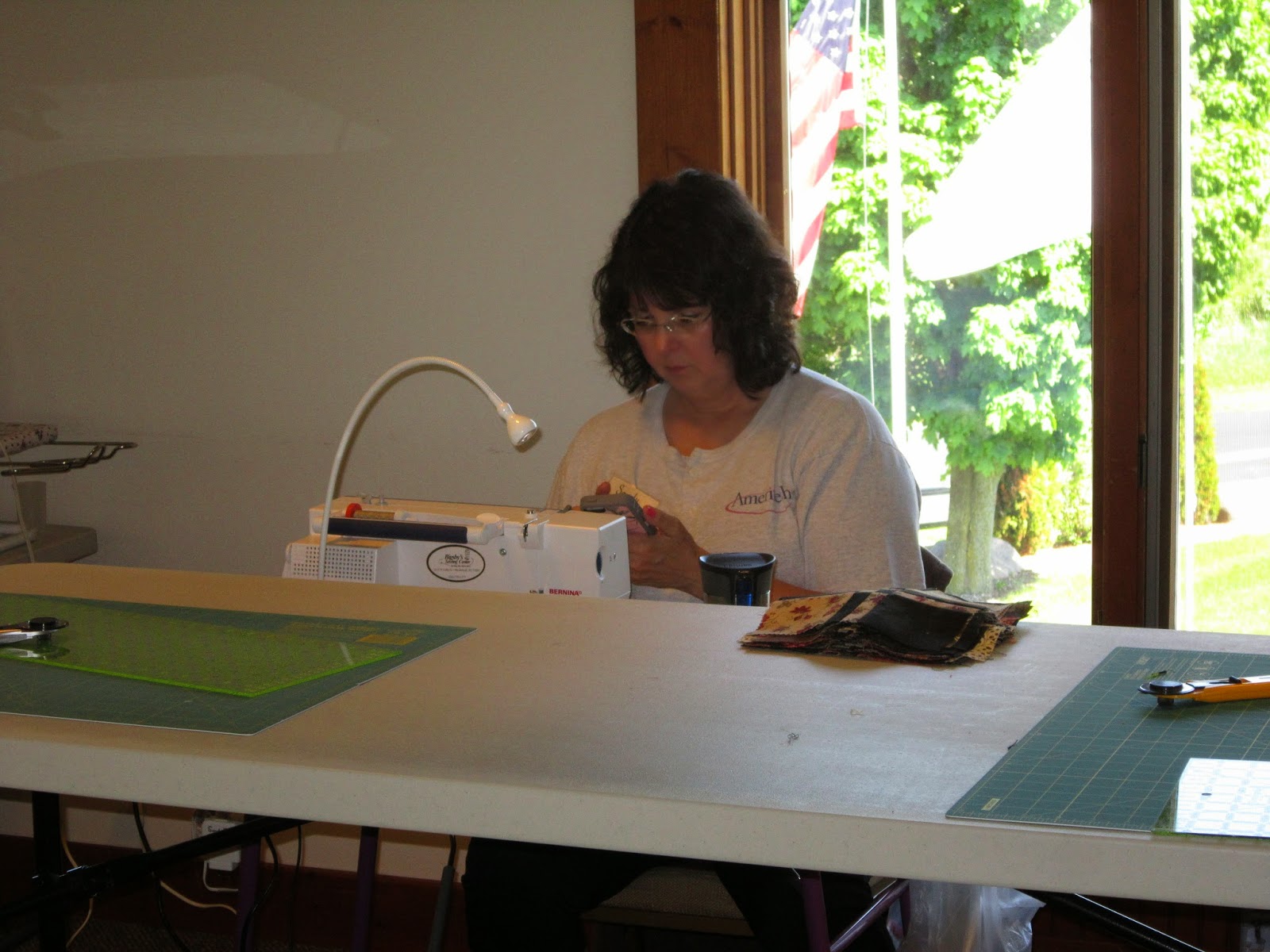 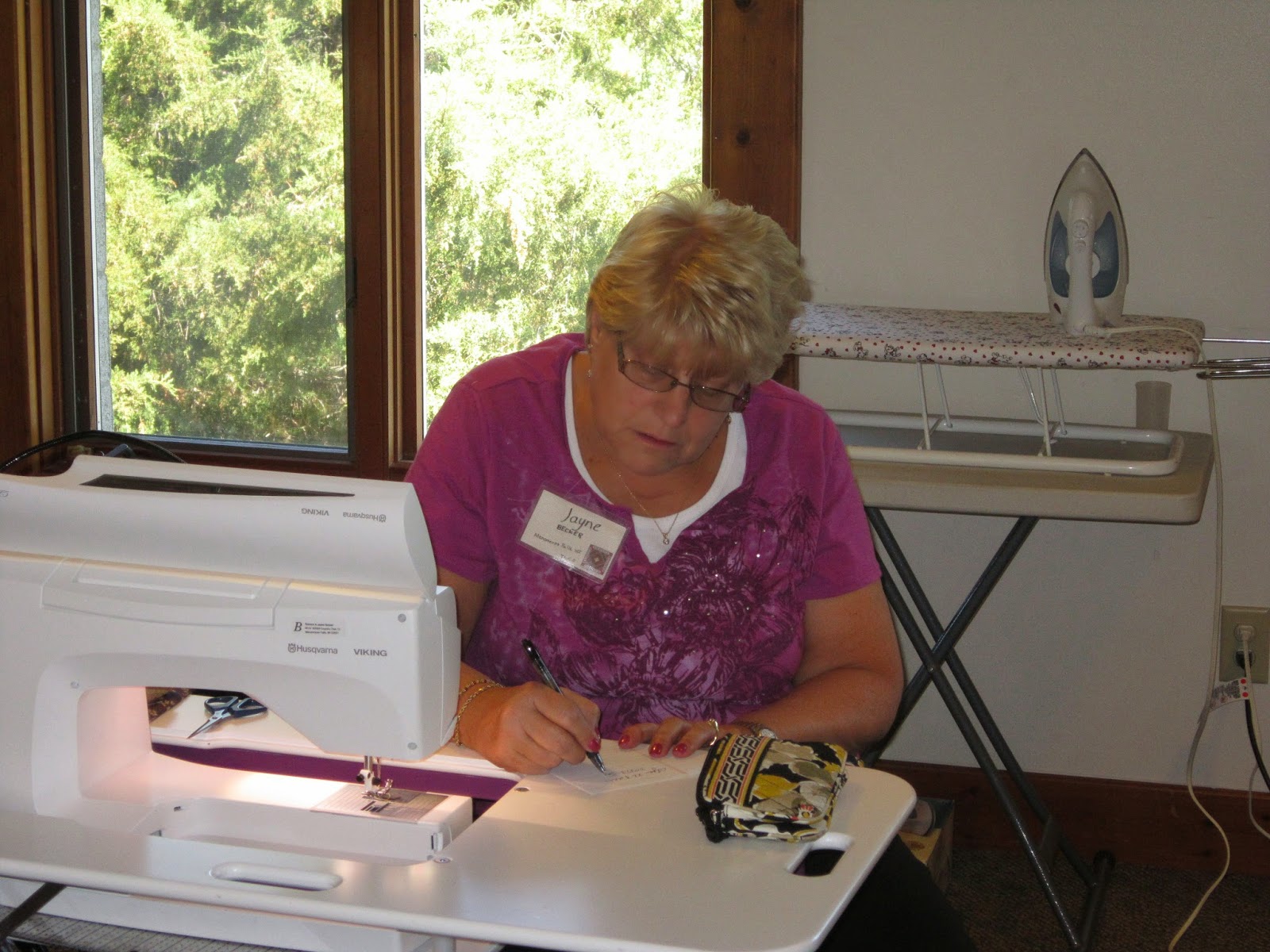 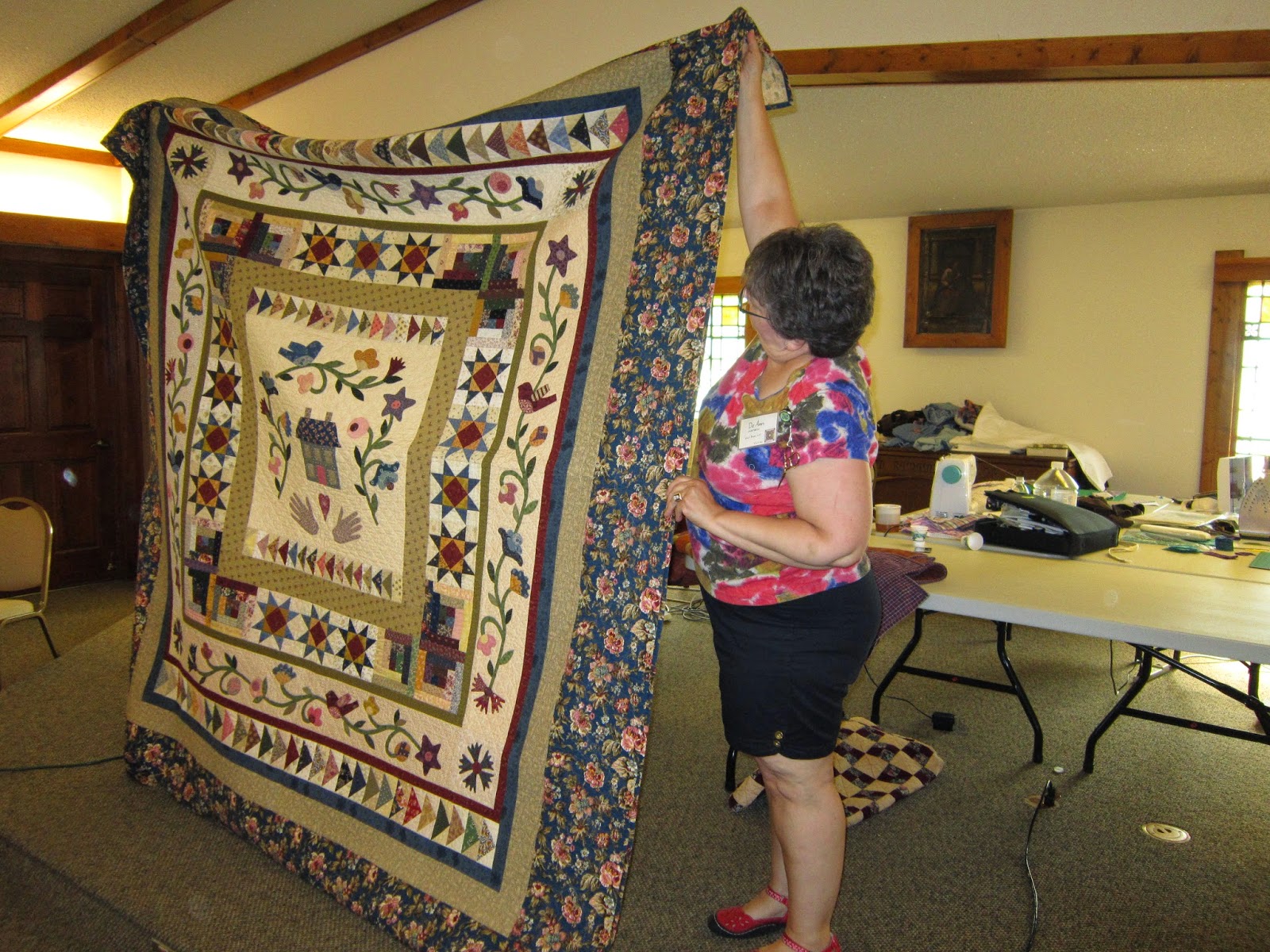 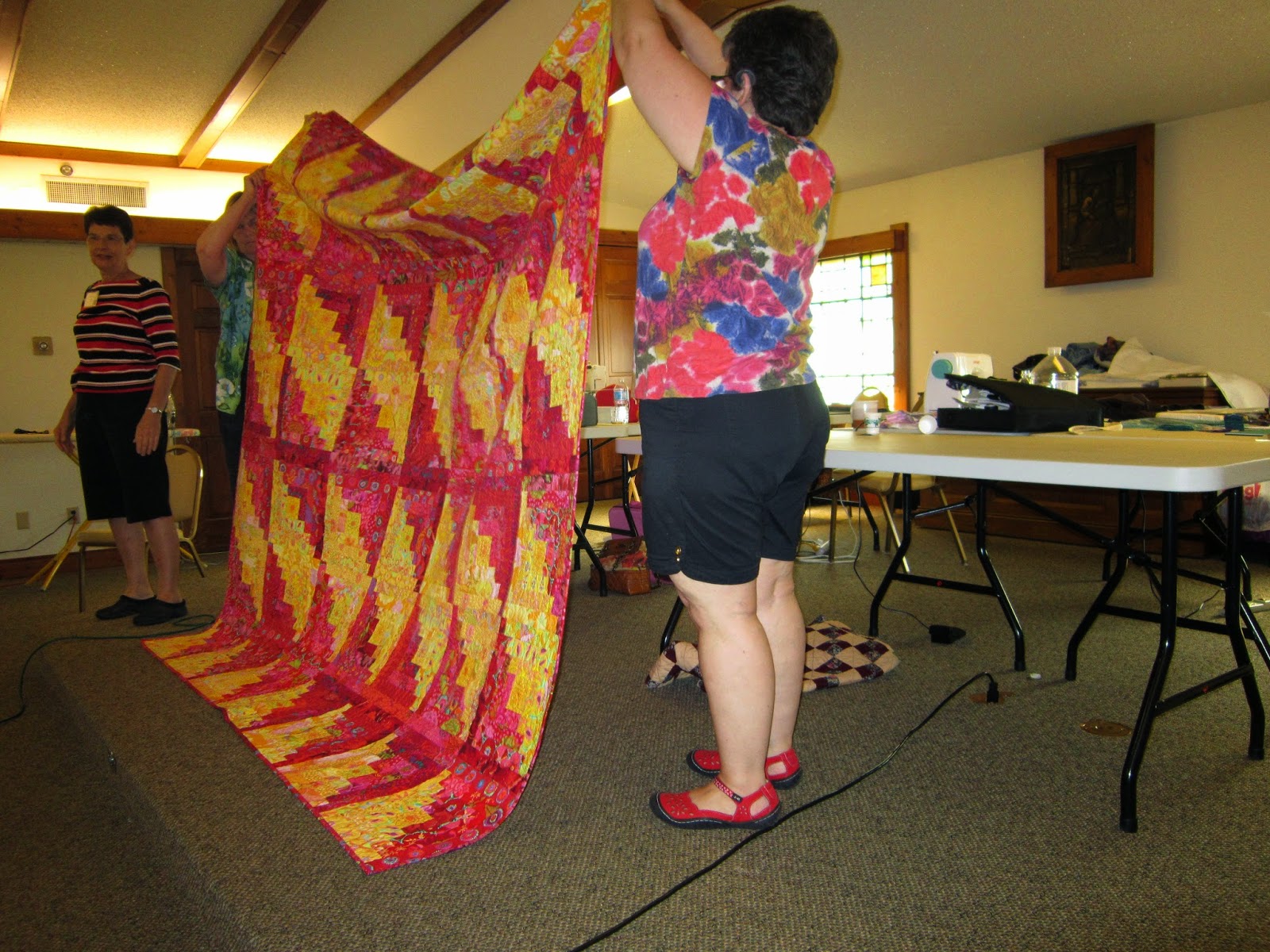 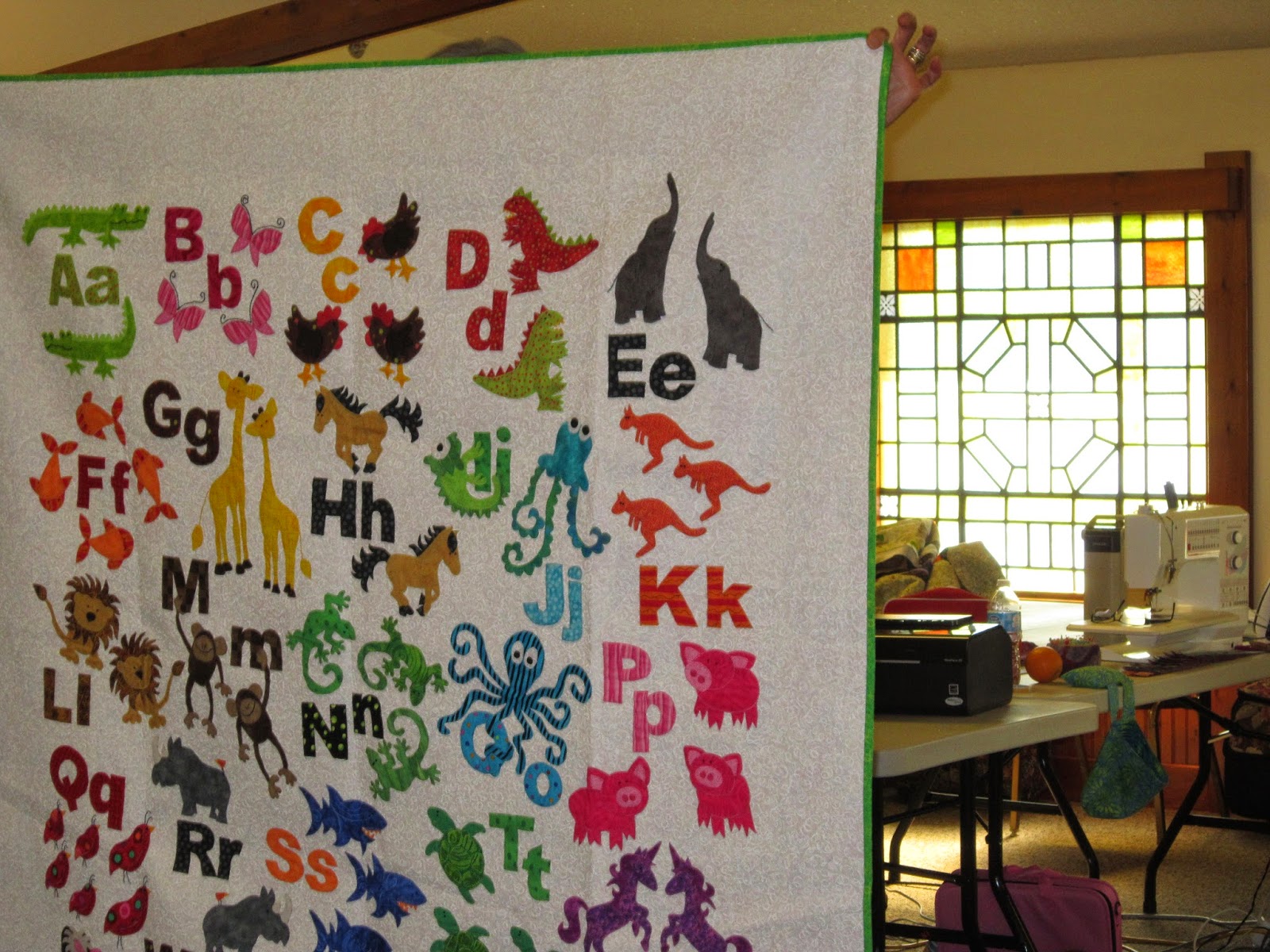 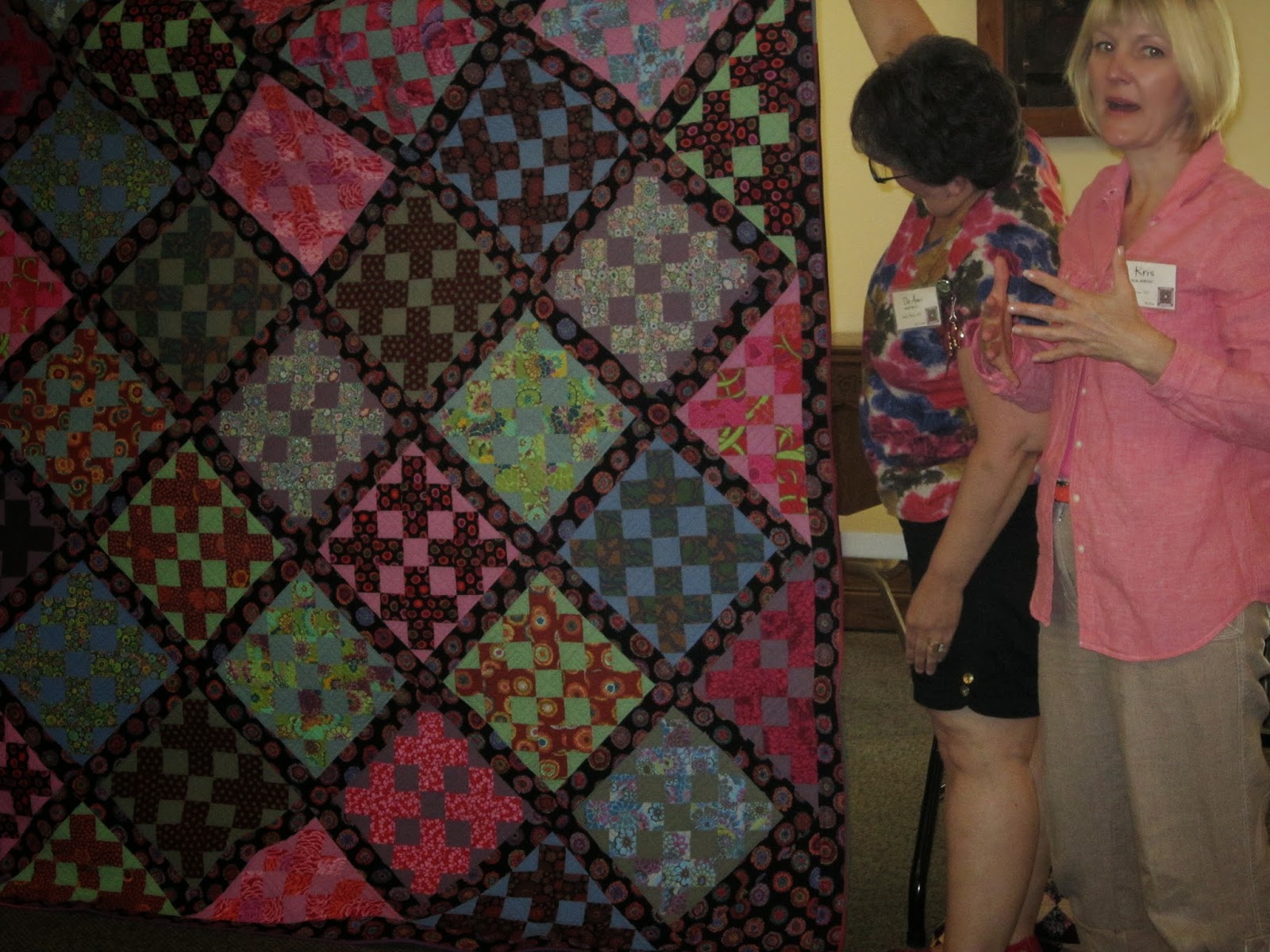 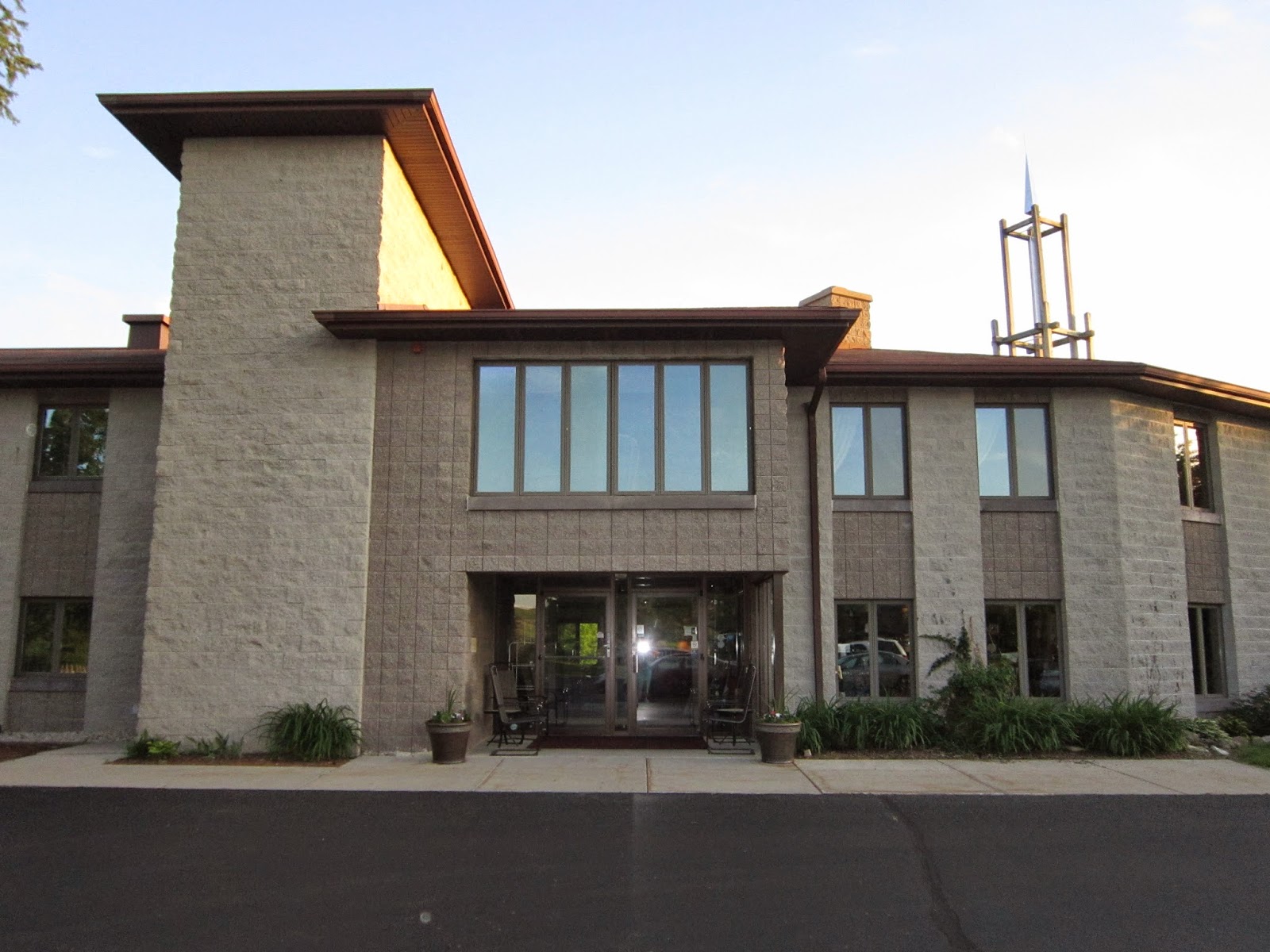 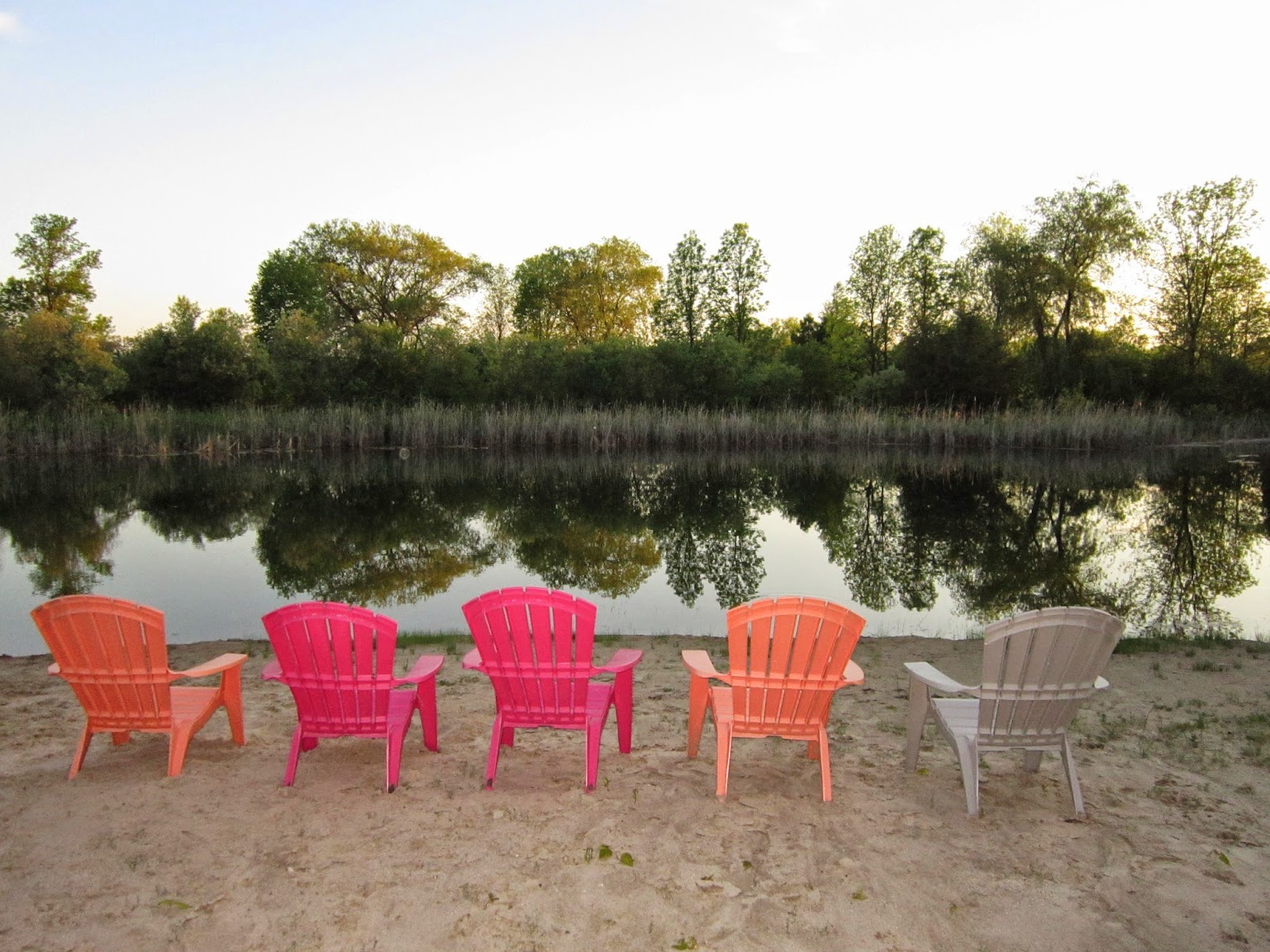 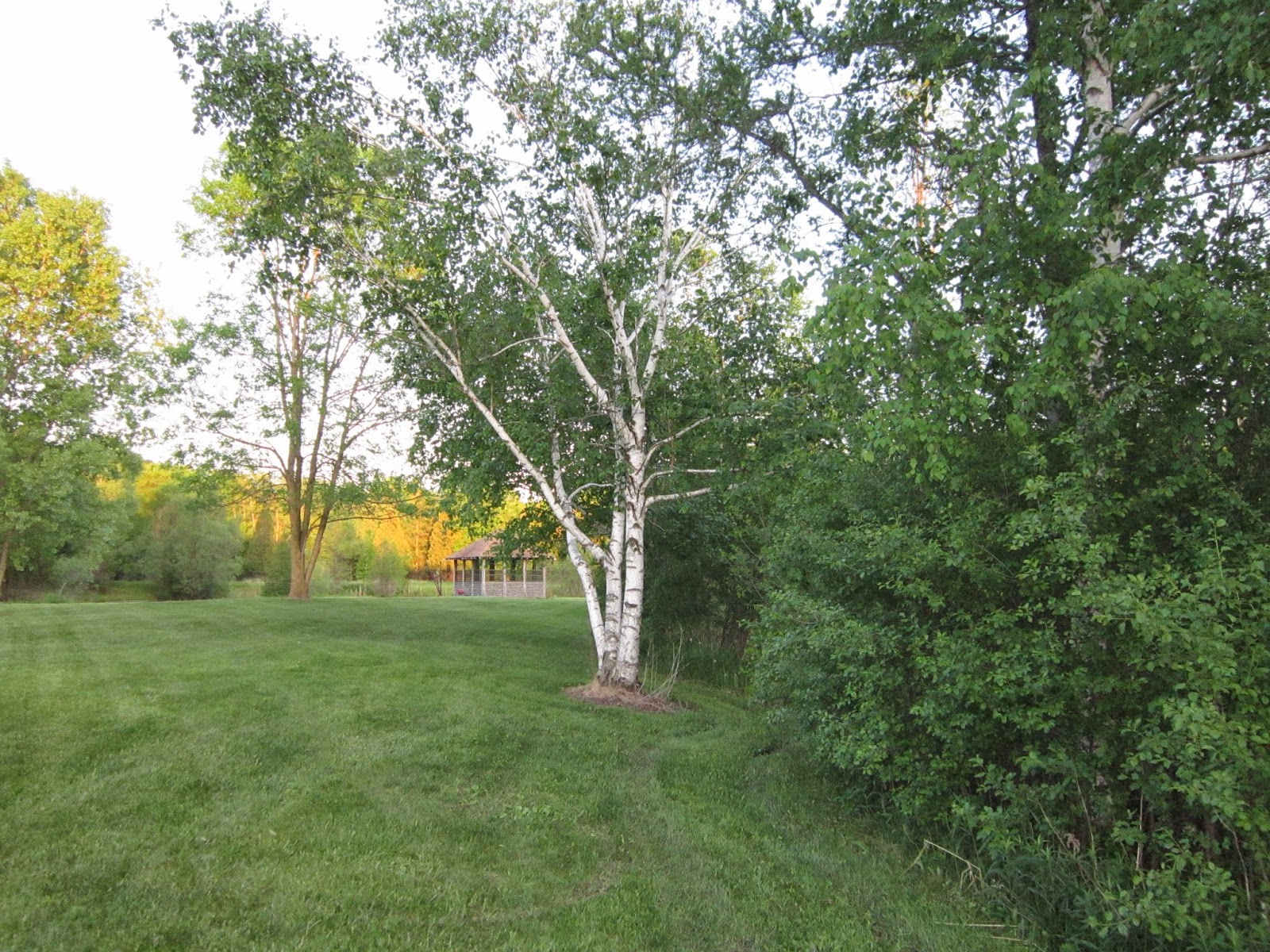 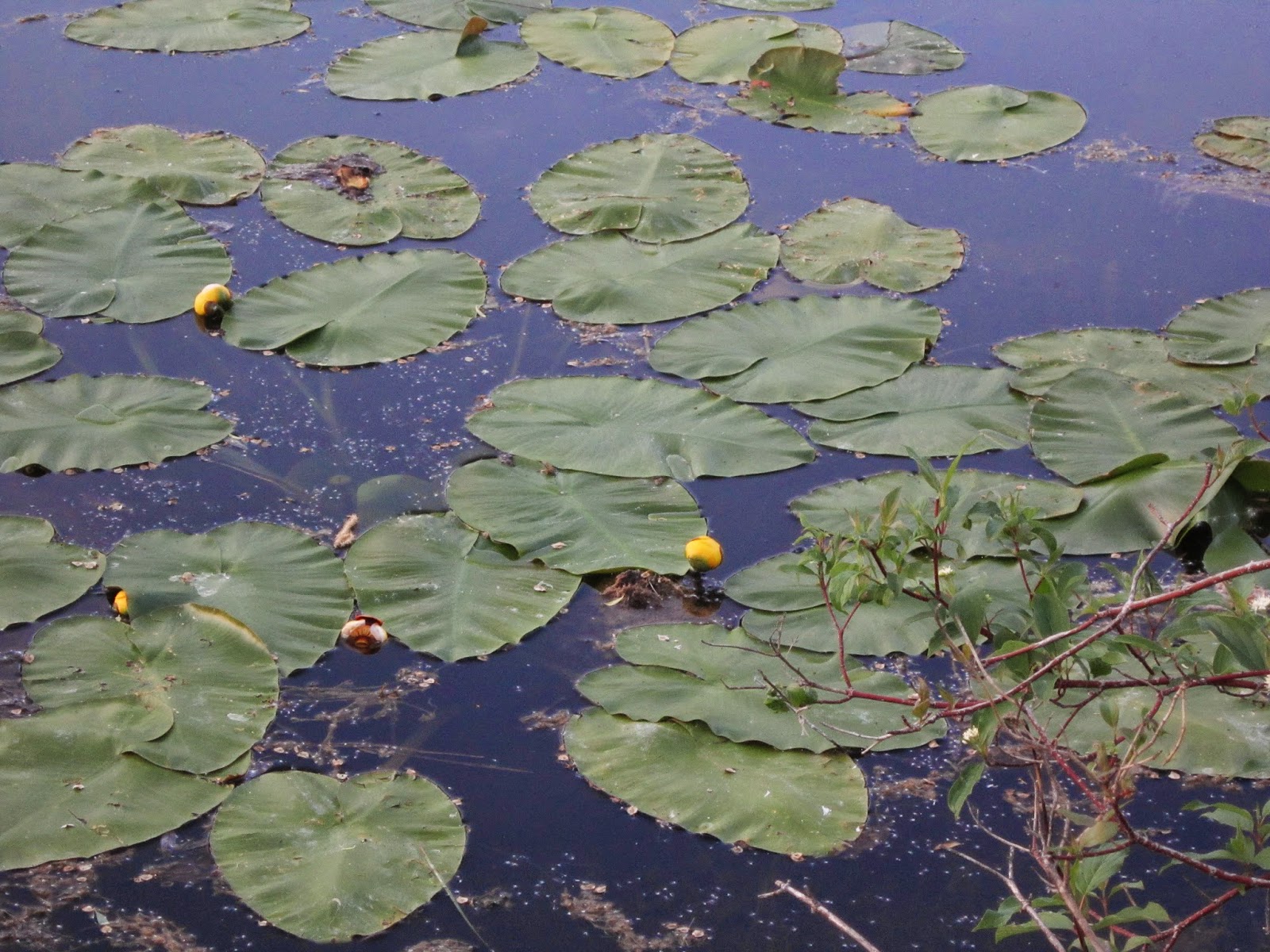 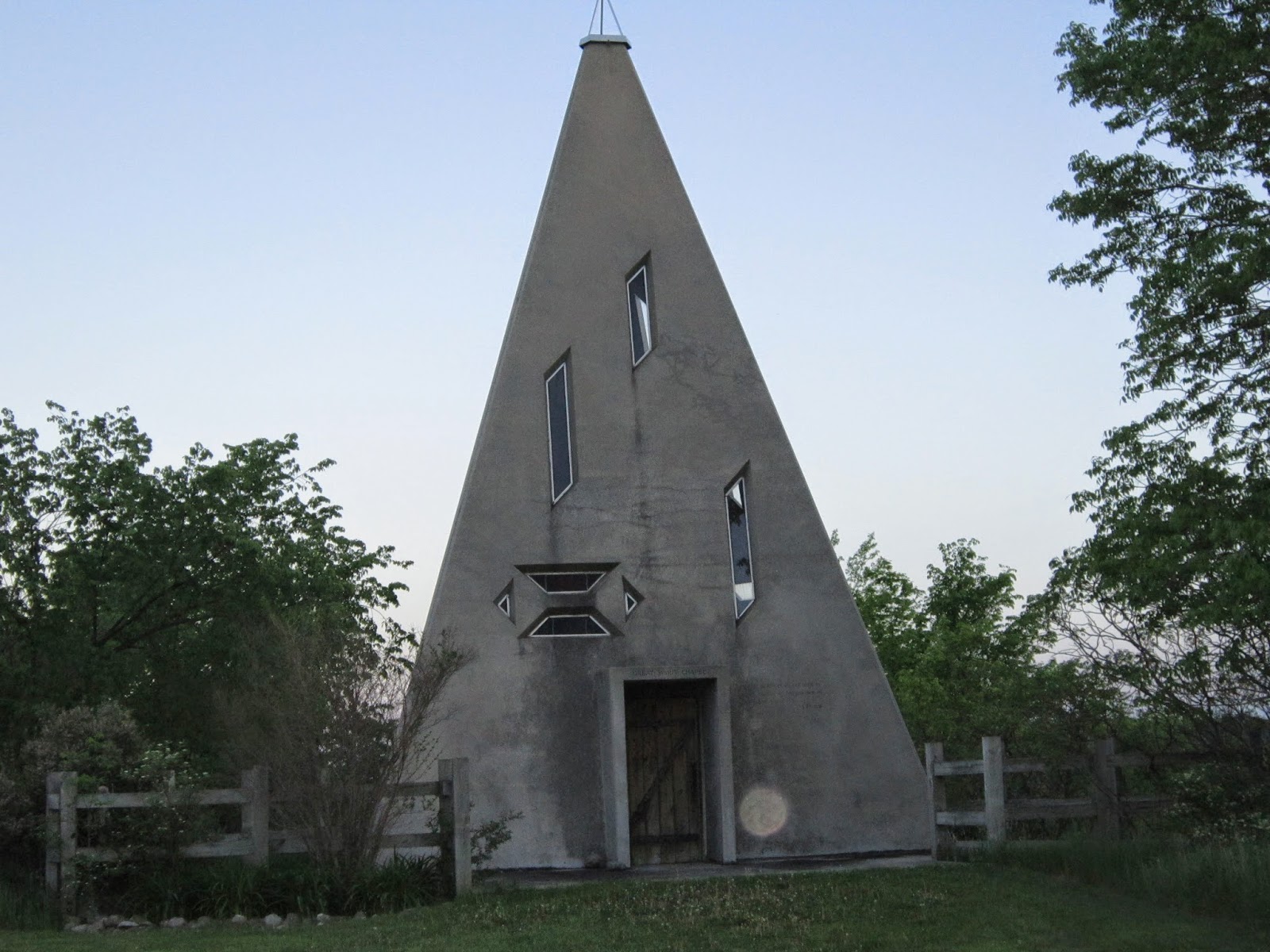 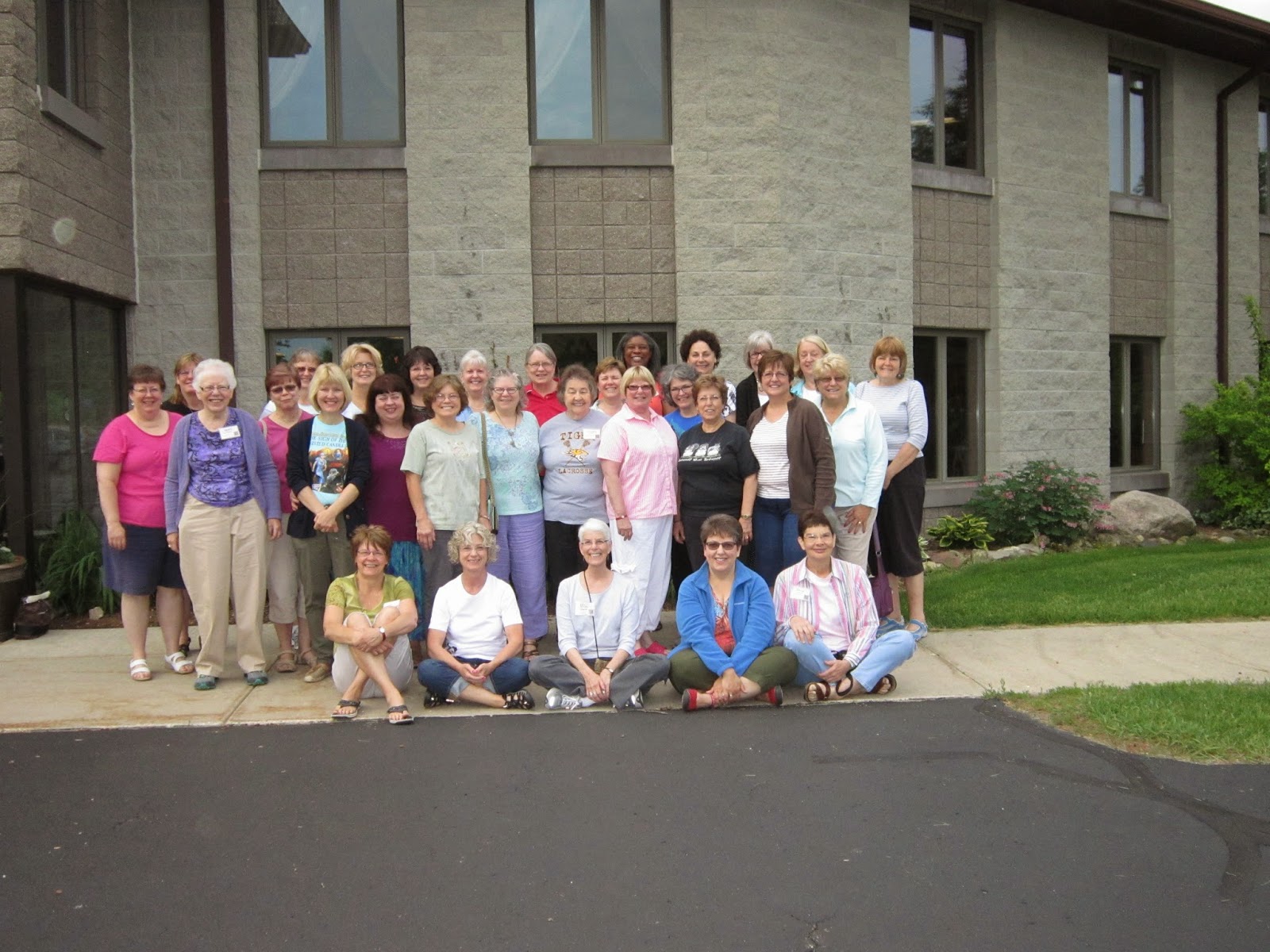 FOR ALL YOU COWPOKES OUT THERE

We moved to Wisconsin 30 years ago but even before we moved here we were trail riding  with our kids at Wildcat Mountain State Park.

We were there last October and had a conversation with the camp hosts, who are people we have come to know reasonably well, about improvements to the horse camp.  They knew I quilted and asked me if I ever did quilts for fundraisers and if so, would I consider doing one to raise money for materials to be used for improvements. They told me they had people who had volunteered their labor but had no money for materials.

I told them I had a pattern at home that might work well and I would send them a picture of the pattern insert to see if they were interested.  It was a Pam Bono pattern called "Saddles".    I had bought this pattern and 95% of the fabric for it about 10 years ago at Quintessential Quilts in Reedsburg, WI.

I should have hesitated when I pulled out the two very large doubled-sided pages of instructions but I wasn't smart enough to do that.  I began cutting out this pattern on January 4th and it was a bear.  The pattern had all the sections lettered and numbered to match the illustration of the quilt on the instructions.  If they hadn't done this, I would not have had a clue how to get the whole thing together.  I cut up approximately 10 yards of fabric for the top. 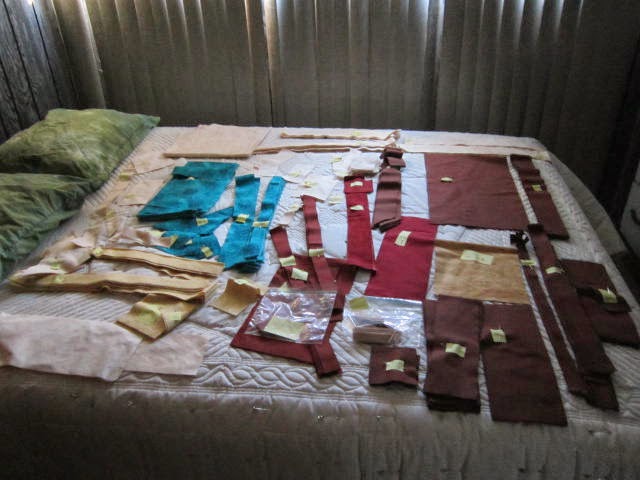 This is what it looked like when I got it all cut up.  You can see the little tags on each pile to designate where it should go on the pattern.

The saddles were put together first.  Their were 21 applique pieces that had to be fused and satin stitched.  The horse shoe blocks had to be appliqued and the border strips added.

Next came the broken star patterns that were combined with some other blocks to make the outer border of the quilt. 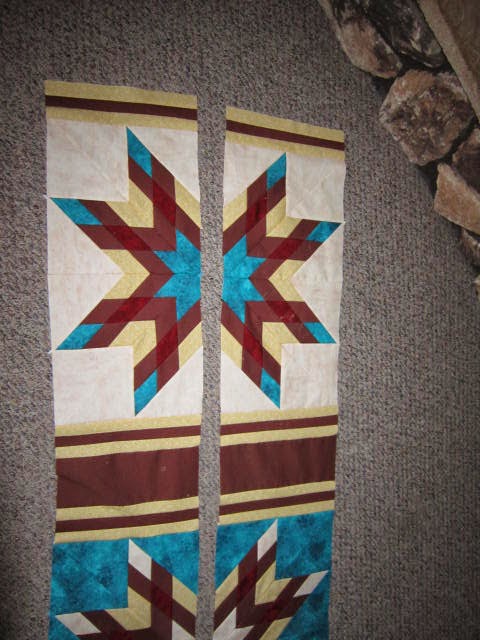 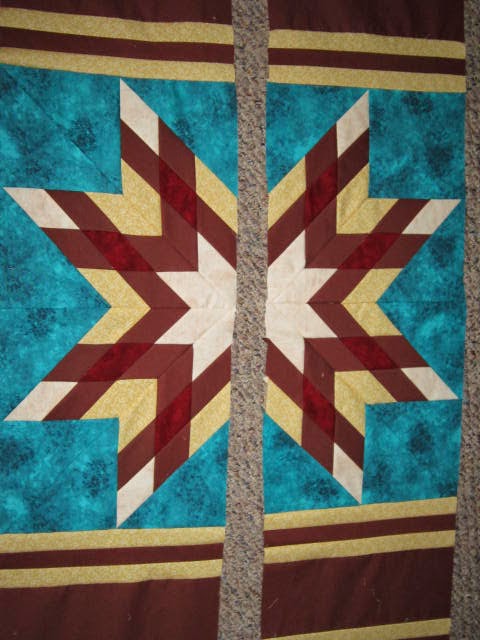 Then the 78 spurs had to be appliqued and satin stitched for the inner and outer borders.
And on it went until I finished it on the 22nd of May.  I do not usually keep track of the hours that I spend on a project but I knew as soon as we started selling tickets that was going to be the first thing that would be asked, "Boy, how long did that take you?" It took me 150 hours to construct the top and 77 hours to quilt it on my domestic machine.  Tickets will be on sale soon.

It has been the most challenging project I have ever worked on and the largest. It measures 100" x 103". 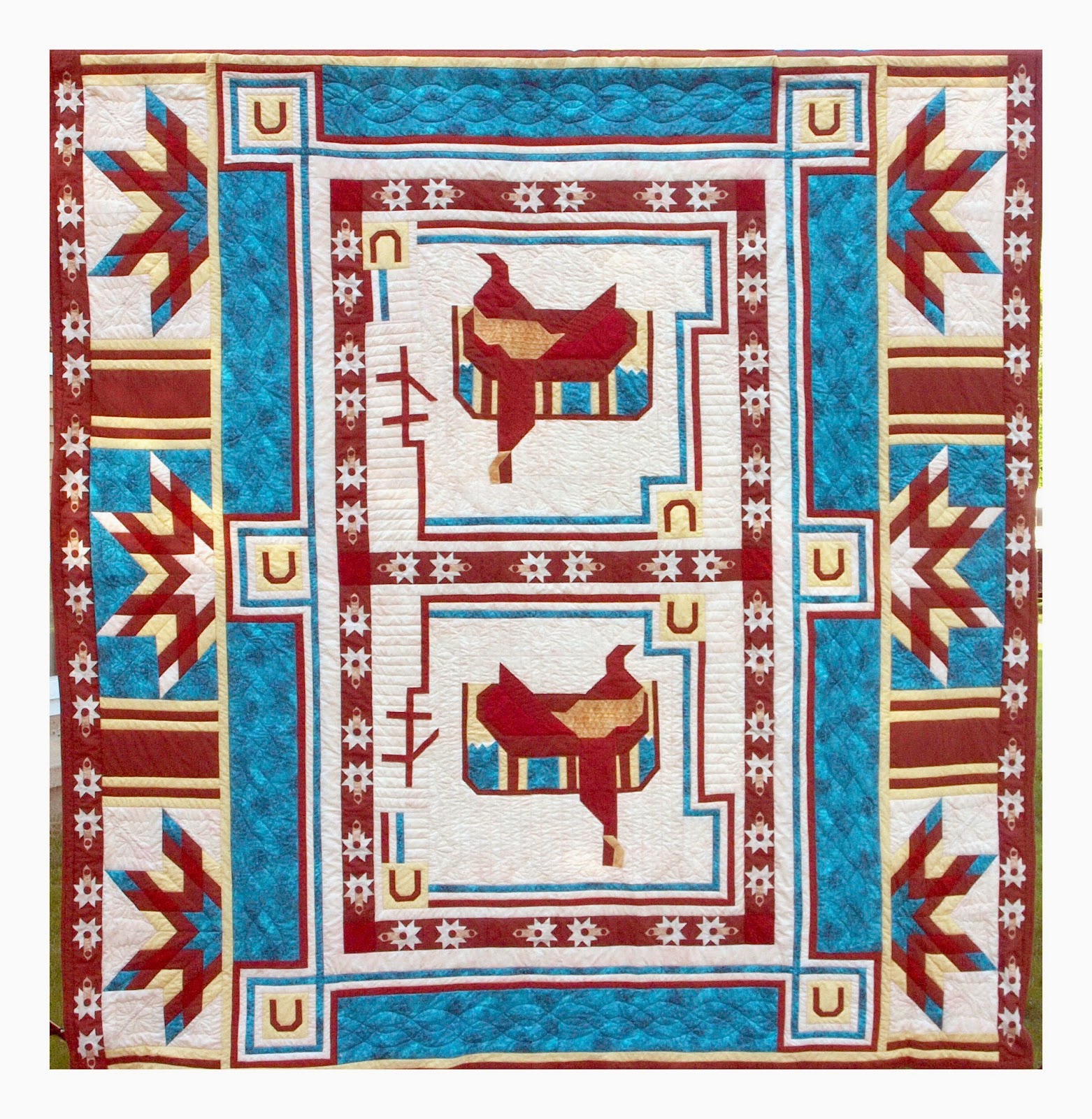 Posted by Linda quilter at 8:22 PM No comments: